Globalization is usually referred to as boundary-crossing flows of capital, commodities, and people. Despite its relatively conservative atmosphere in politics and culture, in the postwar era Taiwan has long heavily relied on international economic activities. Open trade policies have driven Taiwan to quicken its pace to be incorporated into the global economic system, and the process of such incorporation is manifested in the outflow of investments, the complexity of cultural identity, and the diversity of transnational migrants, all of which have kept this island reopening and remapping its border—both material and imaginary. Today Taiwan has become a significant node within the global economic network. As scholars of human geography in Taiwan, we aim to investigate several important and interrelated issues about this country's process of globalization to further promote dialogues between local and international research on globalization in the current field of human geography. By so doing, we intend to clarify the aspects of the commonality and particularity in Taiwan's experience of globalization. In this integrated project, some of our main agendas are as follows. First, by comparing Taiwanese enterprises, the major agents in Taiwan's economic globalization, with other large transnational corporations, we seek to find out the commonality and discrepancy in their modes of organization and governance. Another focus is the role of transnational Taiwanese communities in mediating the economic and technological development of Taiwan as a developing country. At the same time, we will inquire into to the long-standing influence of paternalism on the formation of social and cultural identity in the process of transnational flows. Given the sharp increase in the scale and speed of recent emigration and immigration, we also hope to clarify how migrants' identity politics dramatically transforms Taiwan's social and cultural cartography. Finally, in the process of globalization, it is critical to consider how the economic network, cultural identity and political conflict shape Taiwan's policy on urban and regional development and its mode of governance. 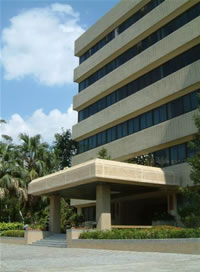